Afghanistan has been reeling from natural disasters this year, including a drought and a massive earthquake that killed over 1,000 people in June, with the nation largely cut off from the international financial system the struggle deepens.

Afghanistan is on the brink of a famine with extreme poverty spread across the land and the people of Afghanistan are in a state of desperation for basic food aid, many women have been forced to sell their daughters as young as 4 to men in order to feed themselves and their children. The choice is not easy but when you are facing continuous starvation, desperation sets in and selling your child for even $500 becomes the only option. The UN have reported that there are almost 24 million people in Afghanistan of which 60% of the population, suffer from acute hunger. As many as 8.7 million Afghans are struggling with starvation.

With the deadly flash floods not only claiming lives but also destroying the infrastructure of large districts leaving people, mainly women and children with no food or protective shelter. The death toll is likely to rise as more bodies are being discovered.

Accounts from the ground:

Global humanitarian agencies have provided assistance for months but have warned they need more access and funding to avoid a humanitarian disaster with thousands left homeless and no access to shelter or clean drinking water.

Forgotten Women is on the ground providing life-saving aid

Our team is on the ground in flood affected areas working with the government to provide the best support we can for the people who need it the most.

Right now, the need is:

Donate now, the women of Afghanistan need our help now.

AFGHANISTAN: Selling My Child To Survive

Afghanistan is one of the poorest countries, after 2 long occupations lasting decades… 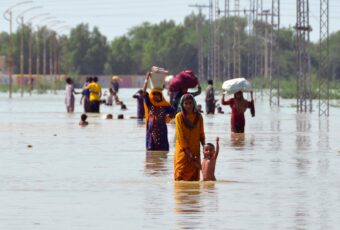 "The floods are the worst in Pakistan’s history, many of the people (largely…